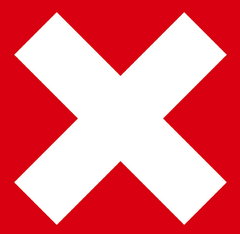 One year after the LuxLeaks scandal, a new report Fifty Shades of Tax Dodging finds that most EU countries continue to uphold secretive tax systems that are riddled with loopholes. The 2015 Stop Tax Dodging report, released in Ireland on 4th November by Debt & Development Coalition Ireland (DDCI) scrutinises the role of the EU in the global tax crisis.

The Irish chapter of the report details how Ireland announced a gradual phase-out of rules that allowed the controversial ‘Double Irish’ tax avoidance scheme, but continues to allow corporate structures operate systems for tax rulings, transfer pricing and intellectual property that allow multinational corporations to avoid taxes on an enormous scale.

“The public has now waited a year for the EU to get its act together and put an end to a system that allowed hundreds of multinational corporations to dodge taxes.”

“Although a few loopholes like the ‘Double Irish’ have been closed, new ones have appeared – and schemes like Ireland introducing a new, low-tax ‘knowledge development box’ just increase the likelihood of multinationals using complex company structures and rules around the ownership of intellectual property to continue profit-shifting and aggressive tax avoidance.

Last week, DDCI published a policy report on Ireland’s secret tax arrangements with Apple, which have allowed the company to pay an effective tax rate of around 2% in Ireland – costing the public purse billions in lost tax revenues.  We have called for a Dáil debate after the European Commission’s state aid investigation into those arrangements, and for the Public Accounts Committee to undertake a full review of the operation and social cost-benefit of the tax rulings system operated by Revenue.

“Despite the LuxLeaks scandal and all the talk around EU and OECD initiatives to tackle corporate tax dodging, the 2015 Stop Tax Dodging report shows how inadequate the response has been so far. It’s clear that it is business as usual for multinational corporations who want to dodge the rules to lower their tax bills – and that has serious negative effects on citizens in some of the world’s poorest countries, as well as in the EU itself.”

-  Debt and Development Coalition Ireland is the Irish partner in a European Union-funded project that produces an annual ‘Stop Tax Dodging’ report. The timing of the report launch marks the first anniversary of the LuxLeaks dossier (5 November), released by the International Consortium of Investigative Journalists. It detailed widespread and systematic tax avoidance by multinational corporations, including many headquartered or operating in Ireland.

- Information leaked by whistleblowers has become the key source of public information about tax dodging by multinational corporations, when what is needed is public country by country reporting of multinationals’ profits and tax deals, along with greatly increased transparency about company ownership, tax rulings and corporate tax incentives.

- The European Commission’s ruling as to whether Ireland’s tax arrangements with Apple subsidiaries constitute ‘state aid’ of a type that contravenes EU competition rules is expected within weeks. The Irish government holds the bizarre position that if the European Commission investigation finds that it is entitled to billions more in tax revenues from Apple, then Ireland will contest that decision vigorously in the European courts.  DDCI is calling for a Dail debate, before any government decision to launch a legal appeal, in the event that the European Commission returns a negative ruling against Ireland.

- Recent RedC research for Christian Aid Ireland has found that only 36% of Irish people trust the information multinationals provide about their tax payments in Ireland. 76% believe that greater transparency around the activities of multinationals would be useful in determining whether they are paying the correct amount of tax. These and other key findings of that poll are available at:http://www.christianaid.ie/pressoffice/pressreleases/september_2015/Vast-majority-believe-tax-avoidance-by-multinationals-to-be-morally-wrong.aspx