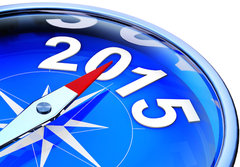 “The Government is playing musical chairs on corporate tax. While it is welcome that the ‘Double Irish’ scheme will be closed, the phased approach to its closure provides corporations with 6 years to avail of new tax dodging mechanisms. To add to this injustice, as the ‘Double Irish’ is phased out, another set of tax breaks are set to open up, through a ‘knowledge development box’ mechanism. The mechanism, if based on the UK model, will not necessarily support real innovation, it will just provide a new set of tax breaks for corporations [1].”

"Budget 2015 maintains Ireland's industrial policy as a one-trick pony, relying on an aggressive ‘race to the bottom’ approach on tax. This means that Ireland will continue to try to play the system along with other aggressive low tax jurisdictions as a route to attracting multinational companies seeking massive tax breaks. Ireland’s economic model should be based on real economic activity, focused on creating sustainable, indigenous, high quality jobs [2]."

“The most aggressive countries facilitating corporate tax dodging are attracting intense international attention, including Ireland. Budget 2015 failed to introduce scaled up corporate tax transparency requirements for multinational companies. People in Ireland must be able to see how much profit companies will declare through use of these new tax breaks, and how much tax they will pay on their profits. These must be transparent mechanisms, not hidden from public view [3].”

"Ireland's sovereign debt is unsustainable now standing at € 215 billion (123% of GDP), with € 8 billion in interest payments each year - equivalent to our annual spending on education. About € 50 billion of this debt relates to the socialised banking debt, € 25 billion of which is the Anglo debt. Once all the Anglo bonds are sold, the bill for ordinary people will be close to € 1 billion in interest payments per year. That is akin to the entire cost of the tax cuts and public spending increases being introduced today. The Anglo bond sales must be frozen and the debt cancelled. It's not our debt".

Notes to the Editor:

[1] Ireland already has a generous intellectual property (IP) tax regime, which allows companies to minimise their global effective tax rate. In 2009 a comprehensive onshore IP regime was introduced, allowing for capital allowances to be claimed on IP acquired by an Irish company for the purposes of its trade. Many companies have successfully amalgamated their supply chain management, IP management and R&D functions in Ireland. This enables them to minimise their global effective tax rate while maximising cross-functional efficiencies

[2] There are alternatives to an FDI led model based on a low tax regime. Think tanks such as NERI have proposed the state led job stimulus package using the Ireland Strategic Investment Fund (which contains € 6.4 billion) as a vehicle for a programme of public capital investment to boost the productive capacity of the economy