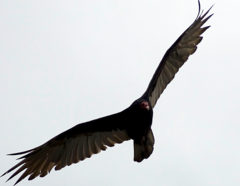 Argentina has fallen prey to a bunch of hedge funds known as 'vulture funds'. Taking advantage of the precarious financial situations of some States, these vulture funds buy debts at a discounted price on a secondary market and then sue the debtors for the initial amount to which they add interests, penalties, and legal expenses.

Vulture funds, which are usually based in tax havens, can thus make huge benefits to the detriment of populations, as in the case of NML and Aurelius, have just won a dramatic victory in a US court.

After the 2001 crisis, in 2005 and 2010, 93% of private creditors agreed to reduce Argentina's trade debt by 70% after the country had suspended payment in order to be able to meet the basic needs of its population. NML and Aurelius Capital refused to take part in these negotiations and sued Argentina in New York courts where they were granted the right to demand $1.33 billion, i.e. an added value of 1,600%.

Argentina is not the only country affected by this kind of legal swindle. It is critical that laws against vulture funds are passed as soon as possible. The Democratic Republic of the Congo has also been sentenced by US courts to pay vulture funds. Europe is concerned too. Greece has already been attacked.

Vulture funds are only the tip of the iceberg. What is hidden below, the entire debt system, presents equally perilous threats. This year we commemorate the 70th anniversary of IFIs, the IMF and the World Bank, institutions who continue to demand repayment of odious, illegal and illegitimate debts, impose austerity measures, violate human rights, and create poverty. Vulture funds are not the only birds of prey around!

To fight back, we call upon all to mobilize during the global week of action against the debt and the IFIs. The 15th of October is the 27th anniversary of the assassination of Thomas Sankara, the Burkinabé leader who paid with his life for his refusal to repay sovereign debts and to accept the policies enforced by the IFIs.

We call upon all international associations and movements to join in this GLOBAL WEEK OF ACTION AGAINST THE DEBT AND THE IFIs, 8 to 15 October, to end the dictatorship of the debt, the perverse mechanisms of micro-credit (11 October), and the free-trade agreements such as CETA or TTIP (11 October). We demand

⁃                citizens' audits of the debt to identify and consequently cancel all odious, illegal and illegitimate debts

Stand up against vulture fund and illegitimate debt!

Organisations who have signed up to this statement:

Calender of Events around the world for Debt Week