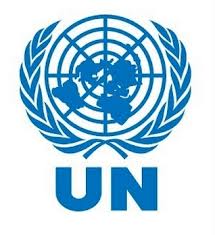 DDCI welcomed this historic vote as a major step forward in addressing the lack of international rules to deal with sovereign debt crises, and the fact that leadership on this issue is being taken at the UN, rather than through institutions with vested interests, like the IMF.

“Yesterday’s UN vote is a game-changer. Debtor governments, mostly from the developing world, have taken the driver’s seat and have brought an unequivocal agenda for action to resolve sovereign debt crises to the United Nations. Only 11 countries voted against the resolution, shamefully, including Ireland.”

DDCI point out that while many EU governments abstained from the vote - because they felt it was too rushed, or believe that this work should be handled at the IMF or G20 - Ireland chose to vote no, sending a very negative message to other debtor countries in sovereign debt crises, and to people in Ireland.

“It is rather bewildering that Ireland voted no, given Ireland’s traditional support for the UN, and Ireland’s own need for a solution to cancelling the remaining Anglo Irish Bank related debt. The UN Human Rights Council, of which Ireland is a member, will vote on a similar resolution on September 25th. We call on our Minister for Foreign Affairs and Trade Charlie Flanagan to change Ireland’s position and to support the forthcoming resolution at the Human Rights Council meeting.”

Yesterday's UN resolution was strongly promoted by the Government of Argentina in the wake of the legal case of vulture fund NML Capital Vs the Republic of Argentina, which has pushed Argentina back into debt default due to the highly controversial court ruling of a New York Judge.

For a briefing on the on-going Argentina case see DDCI’s briefing here:  http://debtireland.org/news/2014/09/01/stop-debt-vultures/

Notes to the Editor:

·      DDCI and more than 20 justice groups wrote to EU governments asking them to vote in favour of the UN resolution. The letter can be accessed here: http://www.eurodad.org/files/pdf/540fec218c433.pdf

·      The United Nations will now decide on the modalities of negotiations among the UN Member States which would lead to a multilateral legal framework. These will be fixed in a second UN resolution, to be adopted before the end of the year.