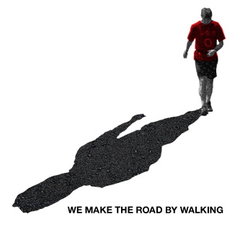 Since 2008 Ireland has become a by-word internationally for political passivity & resignation. However, in reality, small groups have attempted to mobilize the public against the bank bailouts and austerity. This documentary, filmed over 12 months by award-winning director Donnacha Ó Briain, chronicles the experiences of some of this small minority – those who took a stand during one of the most momentous periods in Irish history.

The film follows the fortunes of some key grassroots initiatives launched in 2011-12: including the Dublin-based Spectacle of Defiance & Hope with its French Revolution-inspired ‘Books of Grievance’; and the dogged villagers of Ballyhea in North Cork, who started a weekly march against the bondholder payouts...only to bring their protest to the doors of the ECB in Frankfurt.

Filmed in raw cinema verité, the film charts with immediacy the realities and frustrations of those trying to build a social movement against bank debt in Ireland during an age of political indifference and passivity.

The film is part of a three-day festival "In The Face of Life" organised by the Progressive Film Club. You can access the full programme at www.progressivefilmclub.ie