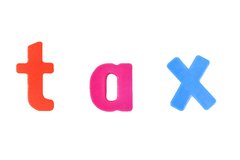 Tax justice campaigners in Ireland today welcomed the news that the European Commission may request Ireland, the Netherlands and Luxemburg to explain their decisions in relation to how large multi-national companies are taxed. The Financial Times has indicated that the EC competition authorities have asked the governments in question to supply details of any potential ‘assurances’ given to specific large companies. It comes in the wake of US Senate claims that Apple pays far below the 12.5% corporate profits tax rate in Ireland.

“Any potential investigation should be public to provide citizens with valuable information relating to how our government judges what is the appropriate level of tax to be paid by multi-national companies operating out of Ireland. It should be noted that the concerns about potential ’sweet deals’ between governments and large MNCs are just the tip of the iceberg in an deeply untransparent tax system. If tax dodging is to be tackled fully, to the benefit of the poorest people all over the world, who lose out through tax revenue being siphoned out of their jurisdictions, an entirely new set of global financial reporting rules should be introduced”.

Debt and Development Coalition Ireland (DDCI) explains that corporate tax evasion (illegal) and avoidance (legal) happens in a range of ways: though infamous schemes like the so–called ‘Double Irish’, but also through manipulation of international transfer pricing rules (for intra-company trade) and bi-lateral taxation agreements between countries. Companies can use all these arrangements to declare business activities in low tax zones such as Ireland in order to minimise their tax bills.

“Tax evasion and avoidance hurts the most vulnerable people in our world the most, Africa alone losing billions of euro per year. Yet the majority of Global South countries – in Africa, Asia and Latin America - have been excluded from the current OECD and G20 discussions on how to make international tax rules work more fairly. We call on Minister for Finance Michael Noonan to work to strengthen the UN Tax Committee, to support full country by country reporting for multi-national companies, the public registration of the beneficial owners of companies and automatic information exchange of information on tax matters.”

DDCI explains that there are a range of international opportunities currently to tackle tax injustice.

- the currently proposed EU Non-Financial Reporting Directive should include full country by country financial reporting for large multi-national companies (MNCs), including a global overview of the MNC group, its financial performance, its assets, and tax information.

- the OECD-led work of Base Erosion and Profit Shifting should enable citizens as well as governments to participate in reviewing new proposals such as unitary taxation; countries of the Global South must be equal partners in this process.

A clear explanation by Dr Sheila Killian of tax evasion and avoidance by multi-national companies can be found here.

The tax justice movement response to the OECD-led discussions on global tax reform are here.