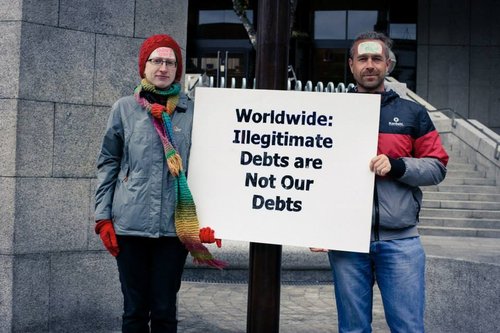 In sovereign debt crises, lenders currently function as judge and jury regarding whether a debt can or should be repaid. This is because there is no international legal mechanism to deal with unpayable or illegitimate sovereign debts. Lenders argue that debts should always be repaid without any shared responsibility when they prove difficult to pay or when the loan had a negative social impact. This is because lenders wish to ensure that repayments of debts are prioritised and that the rules of the lending–borrowing system are not undermined. A notable exception to this trend is the government of Norway, which cancelled some US$80 million of debt owed to Norway by five Southern countries as a result of a Norwegian Ship Export Campaign (1976-80). In 2006, the Norwegian government declared its ‘shared responsibility’ in creating a ‘development policy failure’, and called for the establishment of a United Nations (UN) taskforce on illegitimate debts. This led to deepening discussions at the UN on the problem of illegitimate debt.

As a result, the United Nations Conference on Trade and Development (UNCTAD) has initiated a programme called Responsible Sovereign Lending and Borrowing which includes the development of guidelines and criteria for assessing the legitimacy of both past and future sovereign debts as a core part of its objectives. In December 2011, the UN Annual Resolution indicated that creditors and borrowers should "share responsibility for the creation of unsustainable debt situations" in Southern countries. These official views in support of shared responsibilities have given rise to a focus on debt audits in countries of the global South. Debt audits have become important instruments to ascertain the circumstances of loan agreements, the scale of the debt, the content of lending contracts, and the impacts of the use of loans.

“We remind the leaders of the world’s richest, most powerful nations that in truth, the North owes the South. The wealth of the North has been accumulated largely at the expense of the South – our land, our minerals, our forests, and waters, our labour, our communities, our economies, our cultures, our governments, our freedom, our lives.” - Jubilee South, Network of Southern Justice Movements