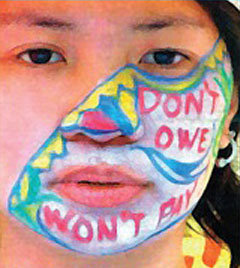 People are living through a major international debt crisis in Europe and in the Global South.

This debt crisis is a recent phenomenon in Europe, but it is very similar to the ongoing crises experienced by many African, Asian and Latin American countries. Debt causes poverty in the affected populations, it undermines economic, social, and cultural rights, and ultimately leads to increasing inequality.

The global debt justice movement spans many decades, going back to the 1970s. Around the year 2000, there were many high profile debt cancellations of very poor countries. Following years of social mobilisation, debt relief initiatives were created for the poorest and most deeply indebted countries, with the aim of reducing those countries’ debts to “sustainable levels”.

This did not mean an end to unjustifiable debt in poor countries. Data from the World Bank show that loans to impoverished country governments increased by 40% in just one year, from 2012 to 2013, and have almost tripled since the global financial crisis began in 2008. In the current global economic crisis, many of these countries have fallen even deeper into debt in attempts to cope with the impacts the crisis is having on their economies. The outflows of debt repayments continue to represent a massive expenditure for Southern countries already facing major budgetary shortfalls. Global South countries owe almost US $5 trillion in public external debt.

This approach to debt relief creates a cycle of dependency of the borrowing country upon the lender: after receiving partial cancellation of their debts, governments continue to resort to loans, in many cases from the IMF, creating new cycles of over-indebtedness. The increasing scale of debts in countries of the Global South is a core concern of the international debt justice movement, and for DDCI. In DDCI we believe in, and advocate for, global debt justice. We demand a new financial system that serves communities and the planet, protects our common resources, and shares our wealth fairly.

A major challenge facing us in the global debt justice movement is that public debate and decision making on international debt is elite-driven, largely ignoring the rights and experiences of the majority of people in the Global South and in Europe. To read more about the International Financial Institutions, such as the World Bank and the IMF, see the financial institutions section.

The concepts of illegitimate debt, and co-responsibility between creditor and debtor, are of particular significance in the debt justice movement. An illegitimate debt is a debt that was contracted by a government without considering the public interest or undermining the public interest. The legitimacy question goes to the heart of issues of international responsibility in relation to the creation of unjust debts both in the Global South and North.

Illegal debt: Debt contracted in violation of the current legal or constitutional system

Odious debt: Loans to authoritarian regimes granted on conditions that violate the social, economic, cultural, civil, and political rights of the people concerned

Unsustainable debt: Debt that can only be paid back with dire consequences for the people, such as a dramatic degradation of living conditions, health care, education, an increase in unemployment, etc. Debt that undermines human rights - debt whose repayment makes it impossible for governments to provide basic human rights 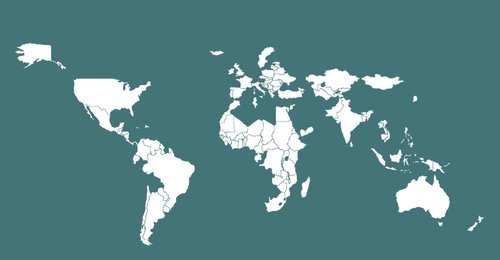