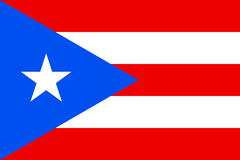 An unincorporated territory of the United States, Puerto Rico has long suffered from neglect by lawmakers in Washington D.C., and nowhere is this more visible than in its financial landscape. Over the past few years, particularly since its 2006 Budget Crisis, Puerto Rico has been preyed upon by aggressive vulture funds, while its total debt has topped $70 billion. According to the International Business Times:

"Hedge funds and mutual funds have bought up large tranches of Puerto Rico’s bonds at cut-rate prices, hoping the island will pay back its debts in full, thereby giving those financial interests a big payout. That gamble, however, has relied in part on the bet that the island will make draconian cuts to social services and worker pensions and use the savings to pay back 100 cents on the dollar to its Wall Street creditors — a bet, in other words, that Congress will prevent the island from simply erasing some of its debt through the kind of bankruptcy protections that are afforded U.S. cities."

The results of these "draconian cuts" have been devastating for the Puerto Rican people, with extreme cuts to essential services such as education and healthcare. As it stands, the poverty rate in the Caribbean island is running at 45%, with accompanying cuts in public sector employment, school closures, and rapidly increasing taxes. This, in turn, has led to a mass exodus from the island, whose population has dropped by 9% since 2000.

According to Jubilee USA, "There are no budget cuts or tax hikes that can solve this crisis... Debt restructuring is a necessity before we can see any economic growth". Any moves towards this restructuring, however, have been largely met with hesitation from Congress, and the efforts of what politician Nancy Pelosi calls:

"The unscrupulous hedge funds that have held this bill up for six months demanding to be first in line over the needs of the people of Puerto Rico."

In fact, such groups have spent upwards of $200,000 in their attempts to block the much-needed debt relief legislation that could help to ease the burden placed on ordinary Puerto Ricans.

Recently, the Obama administration signed the controversial PROMESA bill, which allowed for a restructuring of Puerto Rico's debt, but left the decision-making in the hands of a federally-appointed economic control board, that is likely to continue lowering the minimum wage, laying off civil servants, and cutting government spending. Many Puerto Rican activist groups have begun protesting the reforms, comparing the erosion of Puerto Rico's sovereignty to colonialism, and the control board to a dictatorial junta. 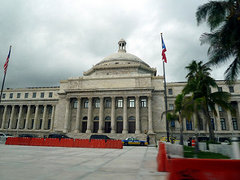 Although this is a crisis that continues to be debated within the U.S Congress and the Puerto Rican Assembly, and whose full ramifications have yet to be seen, it is clear that while Puerto Rico's unique territorial status proved to be fertile ground for the most aggressive vulture funds, their tactics are shared by those currently operating in Argentina, Ireland, and elsewhere.